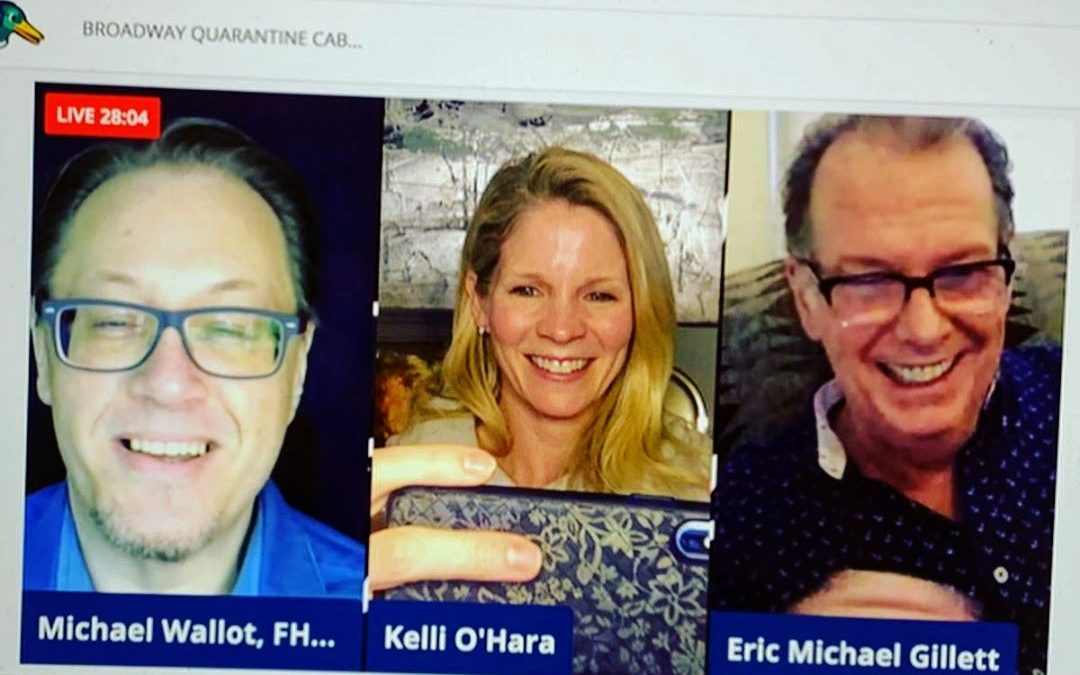 When the COVID 19 virus effectively shut down the scheduled line up of performances at the Fountain Hills Theater, Executive Director, Michael P. Wallot, and Artistic/Technical Director Peter J. Hill, put their heads together.

The duo calls the result of their brainstorming session Broadway Quarantine Cabaret, a weekly online show featuring performers from all over the country. The production, which Wallot describes as a “talk show format,” regularly receives thousands of views and has netted the theater several thousand dollars in online donations. Past performances have included a variety show, a live East Coast matinee, cast reunions and even a guest appearance by Fountain Hills Mayor Ginny Dickey.

“The show-must-go-on feeling kicks in right away,” Wallot said with a laugh. “We’re just trying to provide entertainment and keep our name in everyone’s mind.”

Wallot said the theater is committed to producing the online show at least once each weekend until it’s possible to do live shows again. “We’re booked through May,” he said. “We have people lined up who want to participate.”

Theater staff are also taking a creative look at options for kid’s camps. The one and two-week sessions, many of which are already sold out, begin the end of May and run through the first week of August. The staff is implementing protocols to ensure a safe environment for the kids, including possibly shifting shows that don’t require close interaction to the first part of the summer.

Until restrictions ease, Wallot encourages patrons to stay involved with the theater virtually and, if possible, to purchase 2020-21 season tickets now as opposed to later in the year. The season begins September 4 with Beauty and the Beast. Tickets for individual performances begin in August.

“We’re trying to come up with something creative that can be interactive yet safe for June,” he said. “We hope to announce something soon. This is “think out of the box” time.”