Signs of Spring in the Sonoran Desert 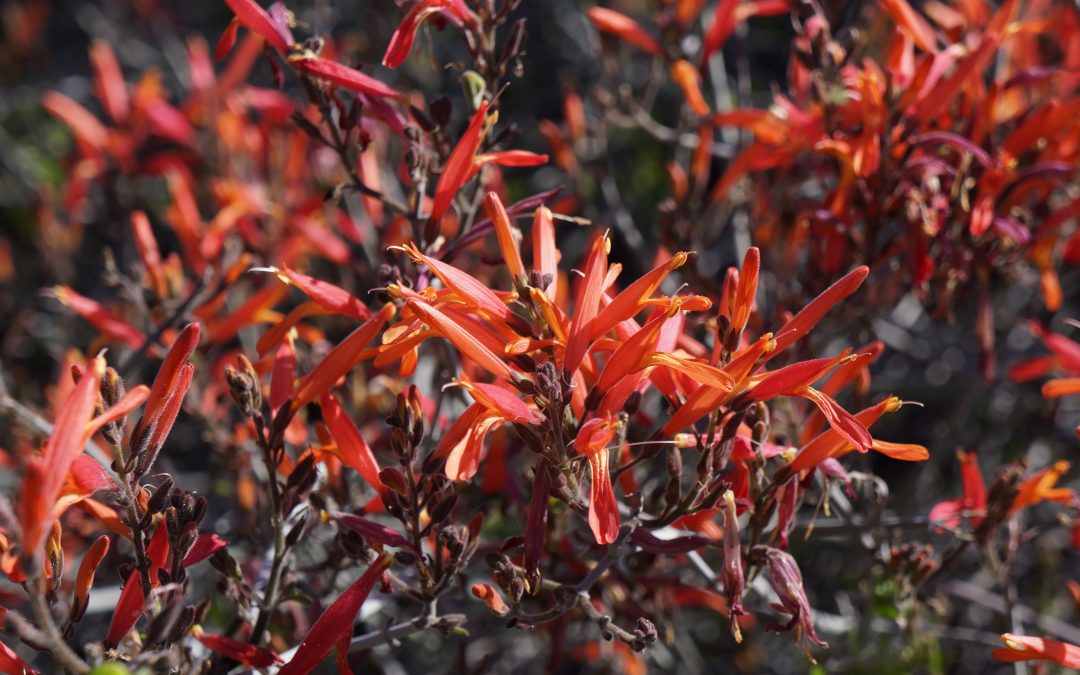 As the flippant weather of February turns to the springtime temperatures of March, the plants of the Sonoran Desert that have been dormant for several months begin to come to life for the spring bloom. Some plants return earlier than others, to the point where you can successfully identify the stage of springtime by which plants are blooming and budding, and vice versa. Read on to learn about the chronology of early springtime blooms in the Valley. 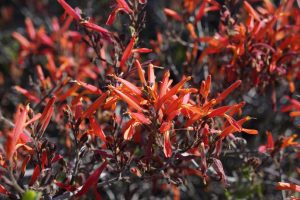 Chuparosas (Anisacanthus thurberi) are one of the first plants in the desert to start reacting to the change from winter to spring. They vary from being dense bushes to just a bunch of sticks depending on the weather and precipitation. They can start developing their new leaves and flower buds while it’s still moderately cold out. By the end of February, chuparosas are usually sprouting foliage and about to bloom. 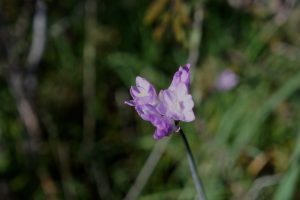 Bluedicks (Dichelostemma pulchellum) are bulb-based flowers that start sprouting in early February and are usually blooming by the time of the first 80+ degree days of the year. Yes, that’s their actual name. If you manage to dig one up, bluedicks are actually edible; they taste like onions without any spiciness. 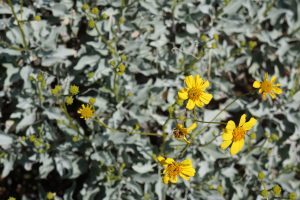 Brittlebushes  (Encelia frutescens) probably started sprouting back from hibernation as far back as January, but only at the end of February and beginning of March do they start releasing the first of their iconic yellow blooms. The more precipitation we get, the more wildly these classic Sonoran Desert blooms will be. 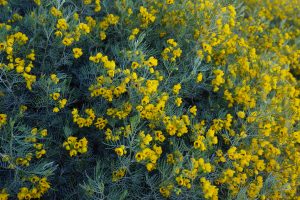 Feathery Cassias (Cassia artemisoides) are an invasive species from Australia, but their brilliant yellow blooms are also among the first to show up in the Sonoran Desert.

As we get later into March, grasses will be everywhere. Mariposa lilies will bloom, ocotillos will sprout their leaves and let out their beautiful red flowers, prickly pears will make their flower buds.

Citrus trees flower in early March and their fruits should be visible by the end of the month for the May/June harvest. Most cacti flower later into the spring when the temperatures are sufficiently high, and mesquite trees are completely covered in their yellow flower clusters by mid-April. April is usually the month where flowering peaks for the spring, with a notable exception being the Saguaro blooms of May/June.

There are so many species of plants out here, native or otherwise, that all bloom at different times of the year. For more information, check out MountGardens.com‘s study on Sonoran Desert ecology and the Desert Foothills Land Trust.