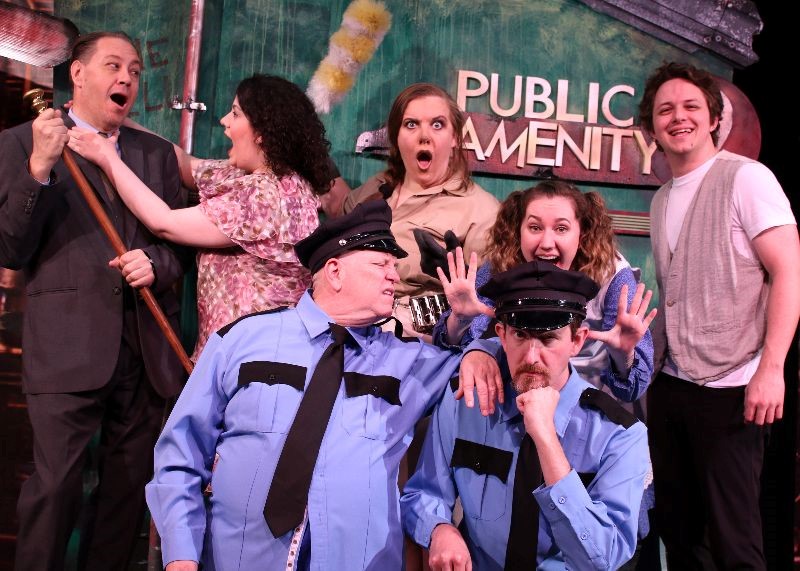 Fountain Hills Theater announces the opening of the mystery comedy-thriller “Solitary Confinement,” along with the hilarious musical satire “Urinetown!”

When eccentric billionaire Richard Jannings discovers that someone is trying to murder him in his high-rise, security-controlled penthouse, it becomes a deadly game of cat and mouse between the paranoid Jannings and the mysterious would-be assassin.  With only a single performer on stage, this wildly unique murder mystery by Rupert Holmes becomes a thrilling and funny one-man whodunit.

“Solitary Confinement” will play from August 19 through September 4, 2022. Performances are Thursdays, Fridays, and Saturdays at 7:30PM and Sundays at 2PM.

“Urinetown” takes place in a Gotham-like city, where a terrible water shortage, caused by a 20-year drought, has led to a government-enforced ban on private toilets. Amid the people, a hero decides that he’s had enough and plans a revolution to lead them all to freedom!

“Urinetown” will play from July 8th through 24th, 2022. Performances are Thursdays, Fridays, and Saturdays at 7:30PM and Sundays at 2PM.

Individual tickets are $35 for adults and $18 for youth 17 and under. Seniors receive a $5 discount on all Thursday performances. Group, Active Duty, and Veteran discounts are available.
All performances are at Fountain Hills Theater at 11445 N. Saguaro Blvd. Tickets are available at fhtaz.org.