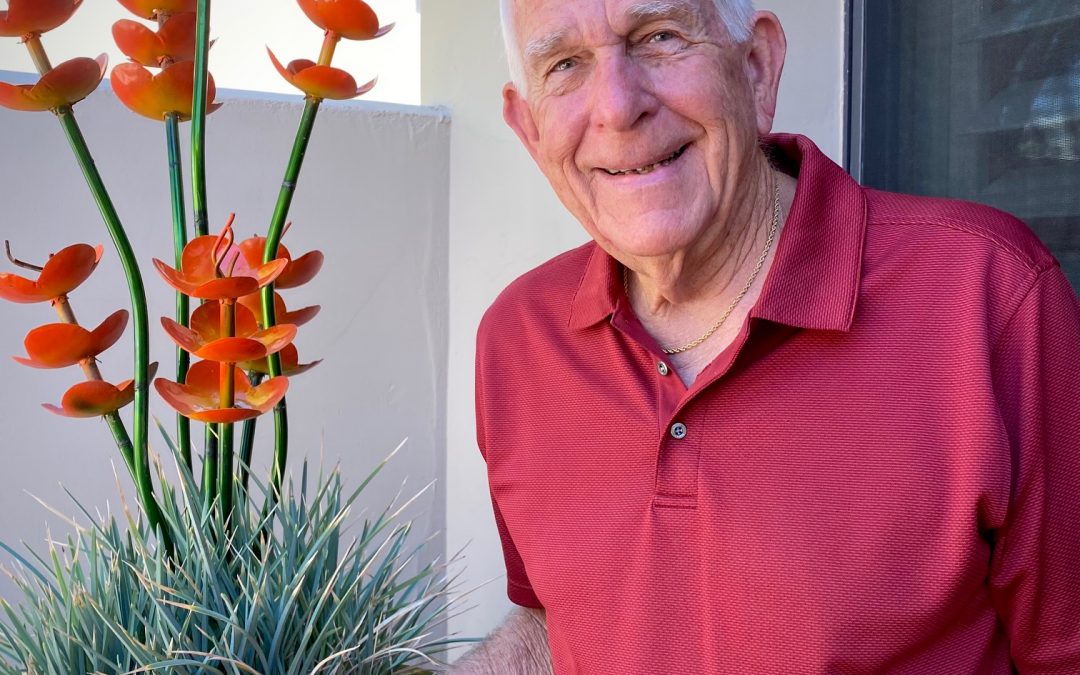 When Jerry Butler took early retirement from his job as a civil engineer, he didn’t anticipate getting antsy and wanting to do something so soon. His boredom and a non-compete agreement with his former employer led him and his wife Kathleen to decide to start a new life somewhere else. So, they sold their new dream home in Kansas City and moved to Fountain Hills.

“When we decided to move, our first choice was Arizona,” says Jerry. “I’d been here for business, and we’d visited some friends who wintered here, so we were familiar with the state. I made appointments with realtors in Fountain Hills and Tucson. We never made it to Tucson.”

The couple agreed that if either of them didn’t like it here after two years, they’d move since they wouldn’t have any roots. That was in 1999. Twenty-three years later, Jerry’s roots reach deep into this community.

During his first five years, he spent all of his time remodeling their home, running his own engineering consulting firm, and then returning to full-time work as a regional vice president for an engineering firm. After two years, he decided he’d had enough of that and retired a second time.

“I asked myself what I was going to do next. I couldn’t stay still for very long,” says Jerry.

In September 2004, the town hosted a meeting for citizens to discuss creating a strategic plan for the town. Forty-five citizens joined the discussion. Jerry was one of them and hasn’t stopped serving the community since.

“I served on the first Strategic Planning Advisory Commission from 2006-2008. But I discovered after two years that being in an advisory role is not for me. I want to be on an action committee. I want to see progress, not talk about it.”

Jerry got what he was looking for when he was asked to be the project manager for the Greening of Downtown program.

“That was the beginning of really getting involved,” Jerry said with a wink. “When I committed to lead Greening of Downtown, I knew nothing about planting trees. I had no staff, no committee, no direction or specific plan, and no money. I had to sit down and organize the program from scratch.”

Jerry met Jenny Willigrod, who joined his committee to help with fundraising, and she eventually became his co-chair for the project.

Together, they raised $300,000 through private donors and small grants and beautified Fountain Park and some areas along Avenue of the Fountains.

A local Boy Scout led his troop in creating the Sonoran Cactus Garden at the east parking lot at Fountain Park to earn one of his badges. Jerry supervised while they brought it to life. “When they finished, I asked the scout what he learned from the project,” Jerry said. “His answer was specific. ‘I don’t want to be a landscaper.’”

All of this work did not go unnoticed or without recognition. In 2013, the Greening of Downtown received the Legacy Award from the Lower Verde River Hall of Fame.

Jerry was quick to answer when asked which of his contributions to Fountain Hills he’s most proud of. “Definitely the Greening of Downtown program. But I suspect that will be replaced by the International Dark Sky Discovery Center.”

As if Jerry’s volunteerism for the Strategic Planning Advisory Commission and the Greening of Downtown were not enough for one person, Jerry has a long list of other volunteer contributions he’s made to Fountain Hills.

Currently, Jerry is a board member of the proposed International Dark Sky Discovery Center, serves as an elected director for the Fountain Hills Sanitary District, is leading design efforts to enhance and reposition the Community Garden (where he also helped create Phase 1 to bring it to life), and is a member of the newly formed Fountain Hills Citizen Advisory Streets Committee.

And those street signs pointing to Fountain Hills on the Loop 202/Country Club exits, Loop 101/Shea exits, and eastbound on Shea Blvd near 96th street were the result of Jerry’s volunteerism and desire to promote tourism and businesses in Fountain Hills.

Have you hiked in the McDowell Mountains? If you’ve hiked any trails in the vicinity of the Adero Trailhead, you can thank Jerry for helping to create and maintain them with the Trailblazers group.

“Many things I choose to do keep me feeling good mentally and physically,” says Jerry. “Working on the hiking trails is a physical activity that causes me to use muscles I don’t use daily.

“From the mental aspect, that’s where many of the other projects come in, like the International Dark Sky Discovery Center. That project has been a challenge and also a great reward. The same goes for my work at the Sanitary District. I like to have fun with people by reminding them that the Sanitary District is where the community comes together.”

Jerry’s volunteer resume doesn’t end there. He’s served as treasurer for the Fountain Hills Cultural and Civic Association, co-chaired the Vision Fountain Hills program, had a hand in offering support and guidance for creating the Fountain Hills Leadership Academy and dozens of other programs that enhance life for everyone in the community.

So, it was no surprise when Jerry was inducted into the Lower Verde River Hall of Fame for his volunteerism in 2017. 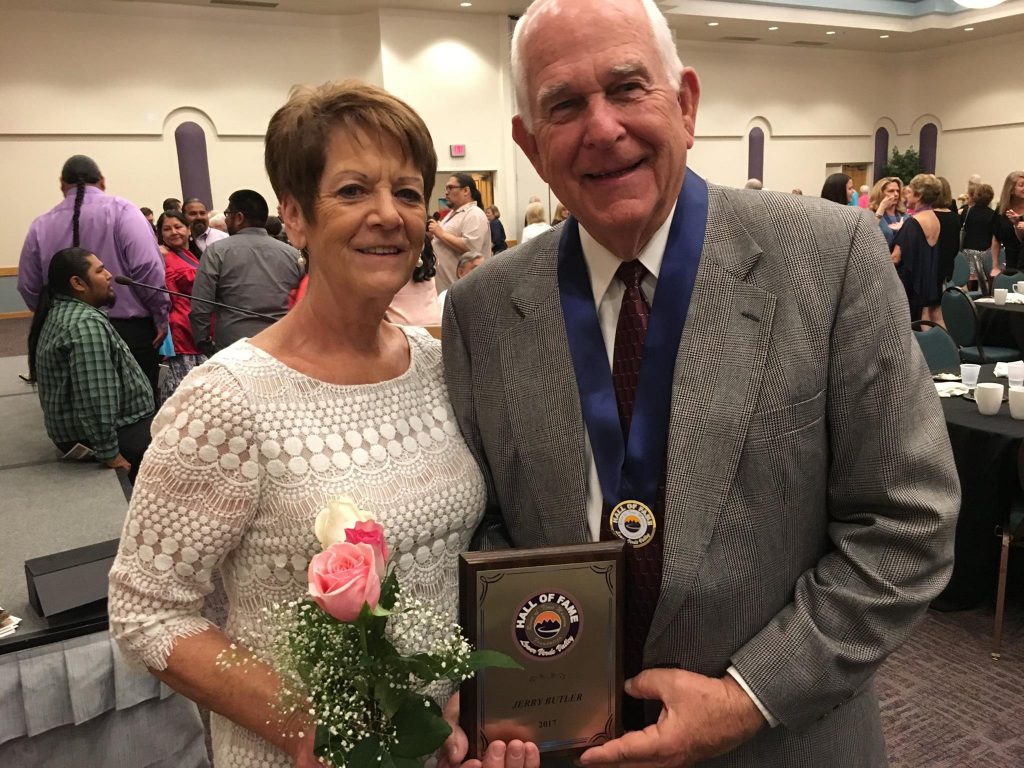 “Sometimes I wonder to myself, ‘What did I just commit to?’”, says Jerry. “I’ve learned that you don’t have to do it alone. You can find other people who are interested in joining you to do something great for our town. We all contribute in different ways, but it’s a team effort. And look at what we can accomplish when we work together as a team!”