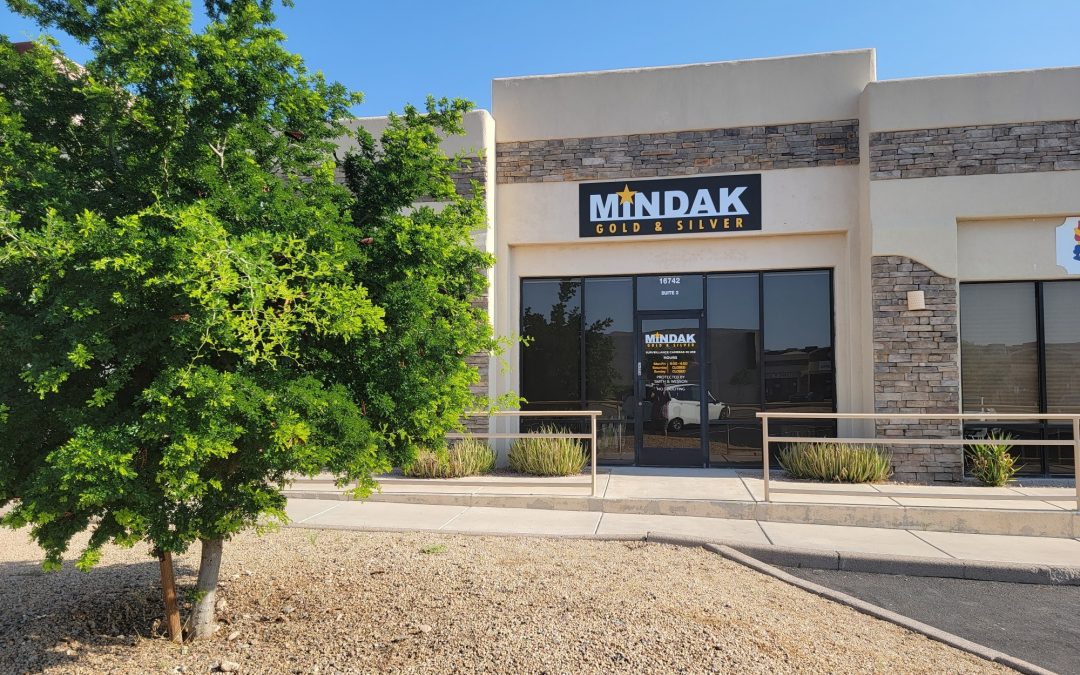 When the gold and silver price rush of 2011 hit, Jack Seaman was in the right place at the right time. He worked at a friend’s gold and silver business and was learning all about buying and selling precious metals. People lined up out the door and down the street to sell their gold because prices were so high. 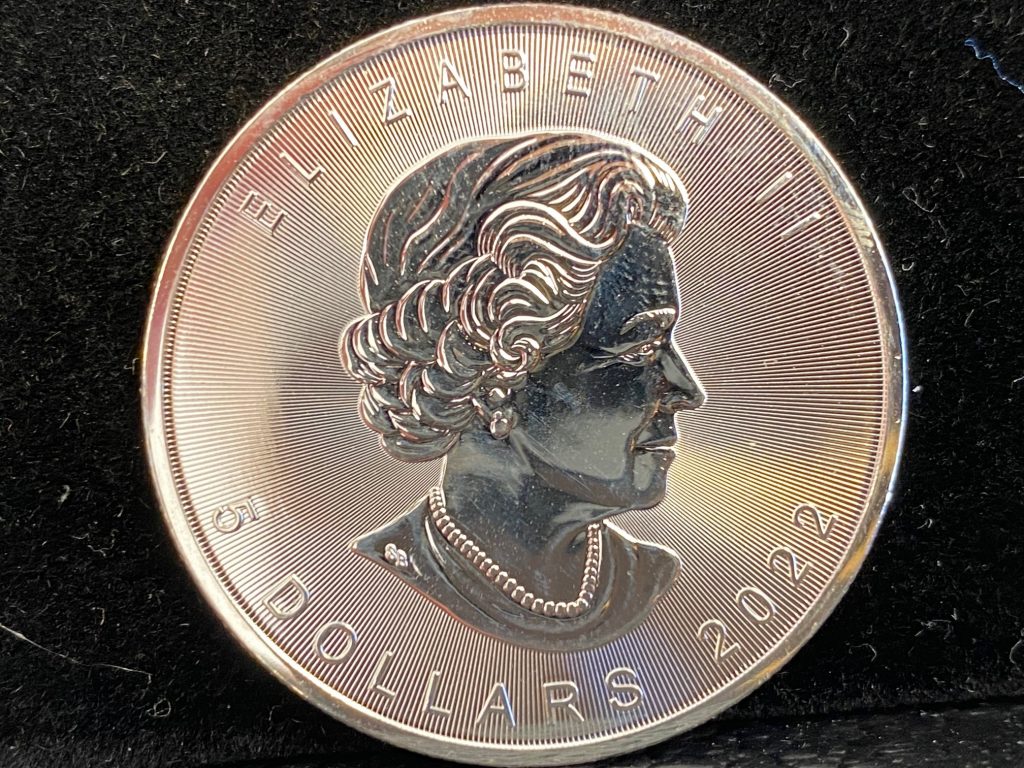 In May 2012, Jack decided to strike out on his own in Fargo and opened a kiosk in an old shopping mall. “At first, I just ran a gold-buying operation,” said Jack. “But then I expanded and started buying and selling precious metals. I moved into a larger shop and gained new clientele. That business is still going strong today, and I have three employees helping me run it.”

The MinDak name is common in the Fargo area. Fargo, North Dakota, and Moorhead, Minnesota, are one big city with the Red River separating them. “The whole border is lined with businesses called MinDak,” explains Jack. “When I opened my shop there, I decided to stay with that name. And when I opened here in Fountain Hills, a lot of people recognized it.” 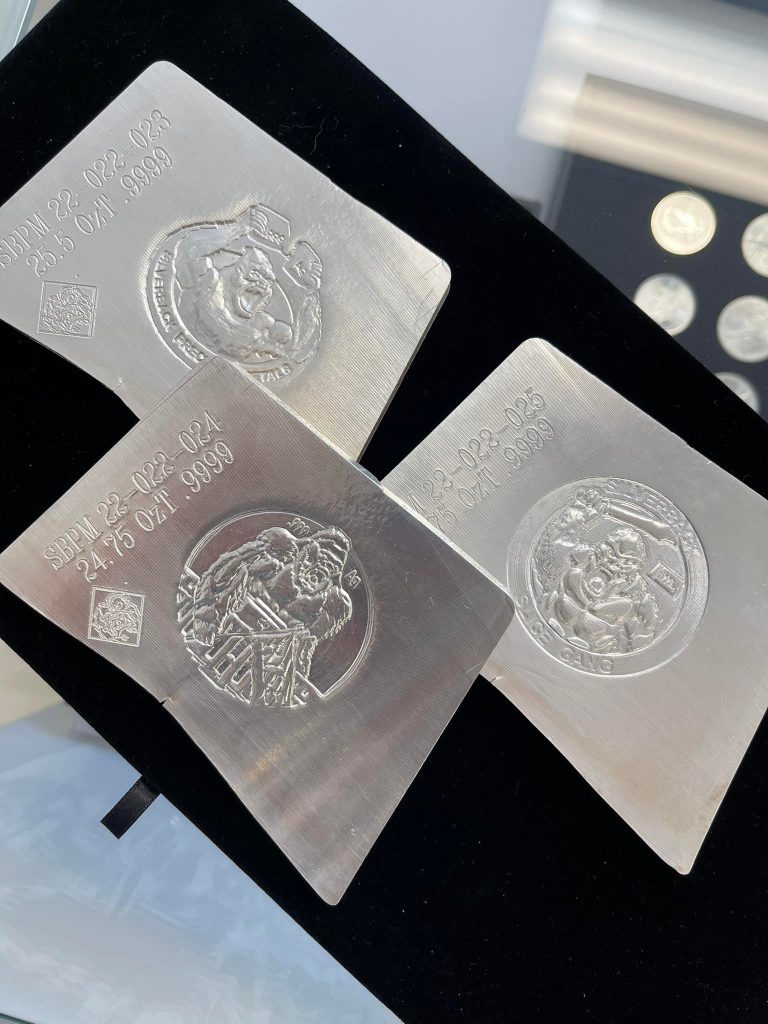 OPENING UP SHOP IN FOUNTAIN HILLS

Jack and his wife Aubrey started making trips to Phoenix because Aubrey’s company was located in downtown Phoenix. “We made frequent trips here,” he said. “I wanted to open a shop in Scottsdale or Goodyear, but Aubrey wanted to check out Fountain Hills. We arrived in Fountain Hills at night and had no idea what to expect. The next morning, we got up at sunrise to go to Starbucks, drove past the fountain, and loved what we saw. We opened our business on Parkview Avenue in September 2021.”

Jack loves being part of the Fountain Hills community. He’s a member of the Chamber of Commerce, participates in the Thanksgiving Day Parade, and recently volunteered at Oktoberfest at the Fountain.

“We love it here. We’ve met many great people and love the beauty and friendliness of the town. And who doesn’t love the weather here, especially when you’ve experienced the severe North Dakota winters?”

Bunny Keller was hired soon after MinDak opened in Fountain Hills. “We think alike when it comes to investing in precious metals,” said Jack. “She’s been a perfect fit for this business. And many people in town already know her because she’s a great pet sitter, and that’s how we met her.” 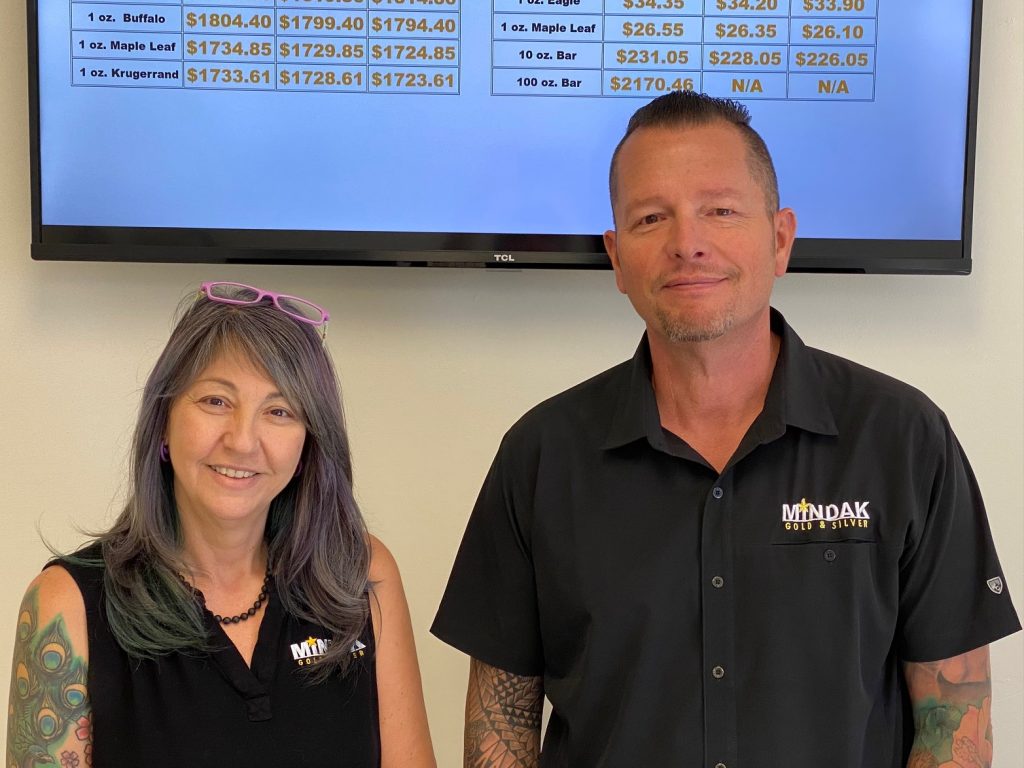 WHY SILVER AND GOLD?

Many people are buying silver and gold for the first time right now. “Many people are afraid of the U.S. Dollar losing value every day,” said Jack. “They want to put more of their money into hard assets. They trust silver and gold because it’s been used as money for 5,000 years. People are looking at inflation, the value of their 401k, the volatility of their pensions, and they want an alternative asset.”

HOW TO GET STARTED

“Just walk in and ask some questions,” Jack suggests. “We’re not a high-pressure place. Bunny and I love talking about precious metals, so we’re happy to talk to people about it.” 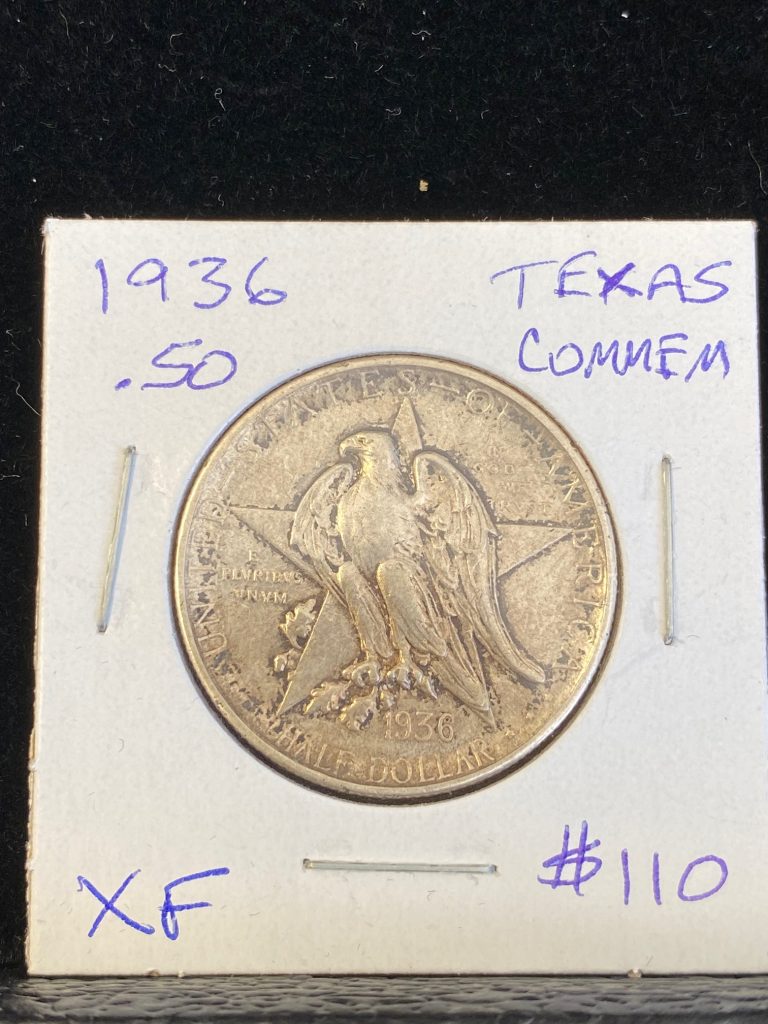 Jack recommends that people do a little of their own research, too. “It’s good to know what you’re doing, just like any other investment. The good news is that it’s easy to convert precious metals back into cash. We do it all the time.”

Some people come in every payday and purchase a couple of gold or silver coins. Others want to buy in large amounts at once.

“I had a customer who called to let me know he was coming to spend $9,500 on gold. But when he showed up, he only had $8,000 with him, and he told me it was all the cash his Fountain Hills bank had on hand. So, if you want to take large amounts of cash out of your bank, you might need to order the cash from them in advance. Some banks can take up to two weeks to have your money.” 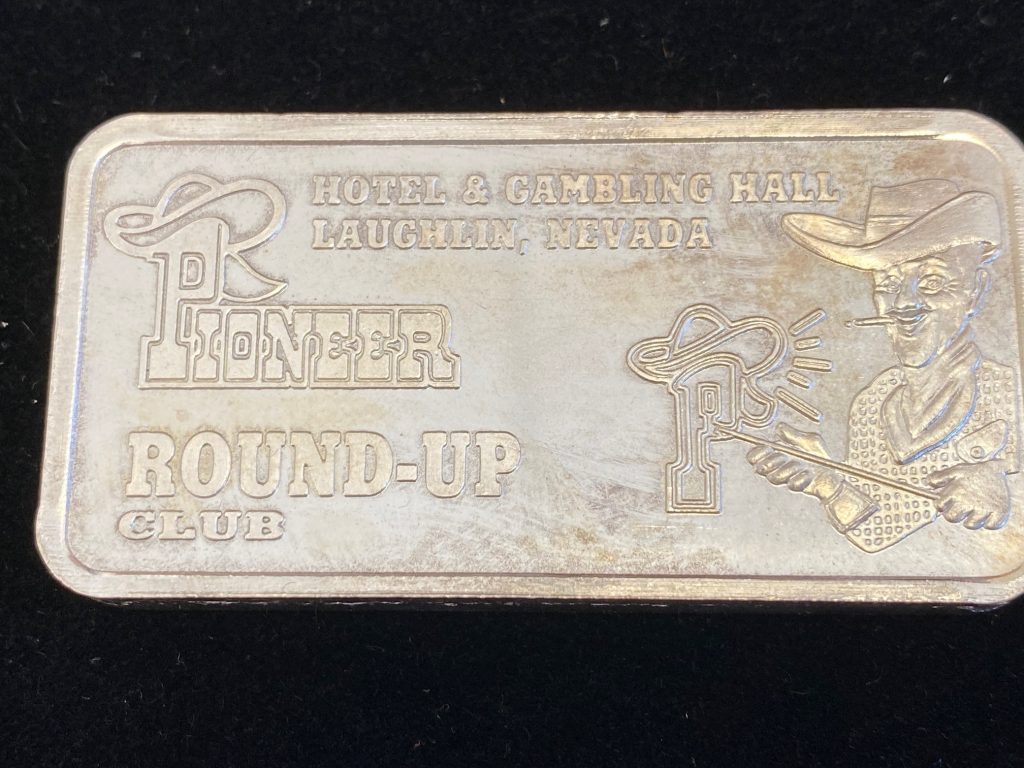 MinDak also purchases most precious metals. You might have valuable stuff that you could turn into cash right now.

“We buy old, unwanted gold jewelry, sterling silver flatware, and gold and silver bars and coins,” said Jack. “The only thing we don’t buy is sterling silver jewelry because it’s not worth much, and there’s too much fraudulent stuff out there.”

MinDak is a full-service precious metals dealer. They do free appraisals and let you know what’s real and what’s not. “Most people are blown away by how much their stuff is worth,” said Jack.

Some people have gold fillings from their loved ones after they’ve passed away. “Bring them in,” said Jack. “You haven’t really been immersed in the gold and silver business until you’ve had to remove teeth from fillings. However, we ask people to please remove the teeth before bringing the fillings in.” 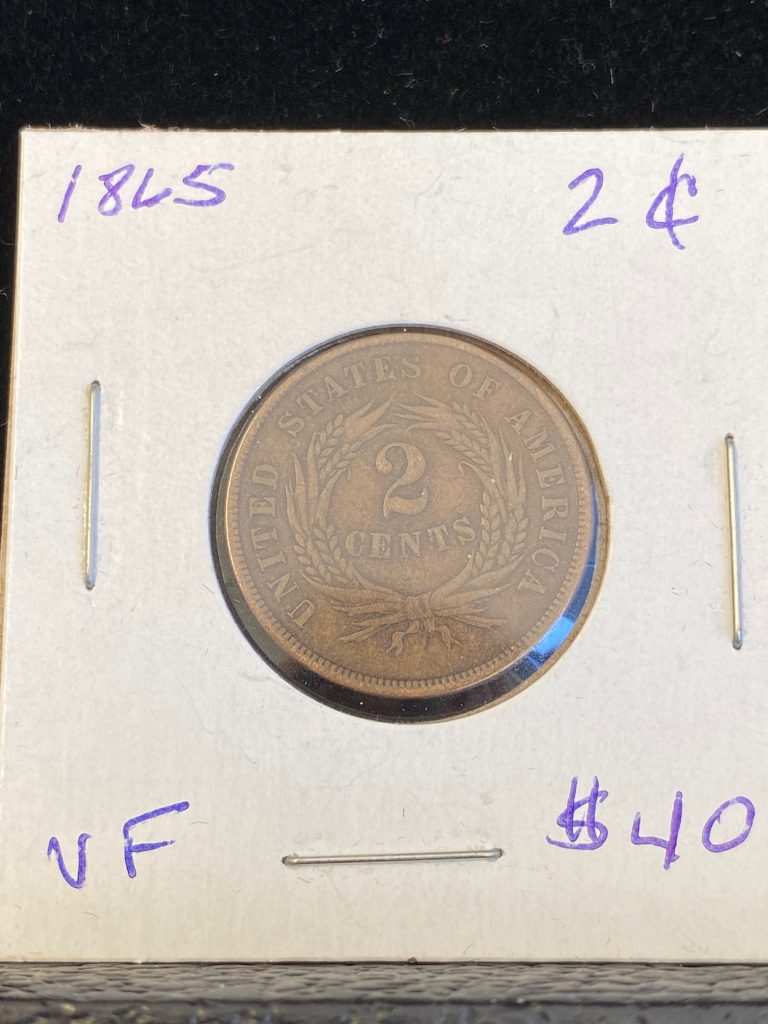 The holidays are coming up, and gold and silver are great gifts that can grow in value over time. At MinDak, you can pick up coins for as little as $25 or buy bars worth a couple of thousand dollars. Precious metals are an especially great gift for young people who can hold onto them for some years to watch the value build. They also make great graduation gifts. 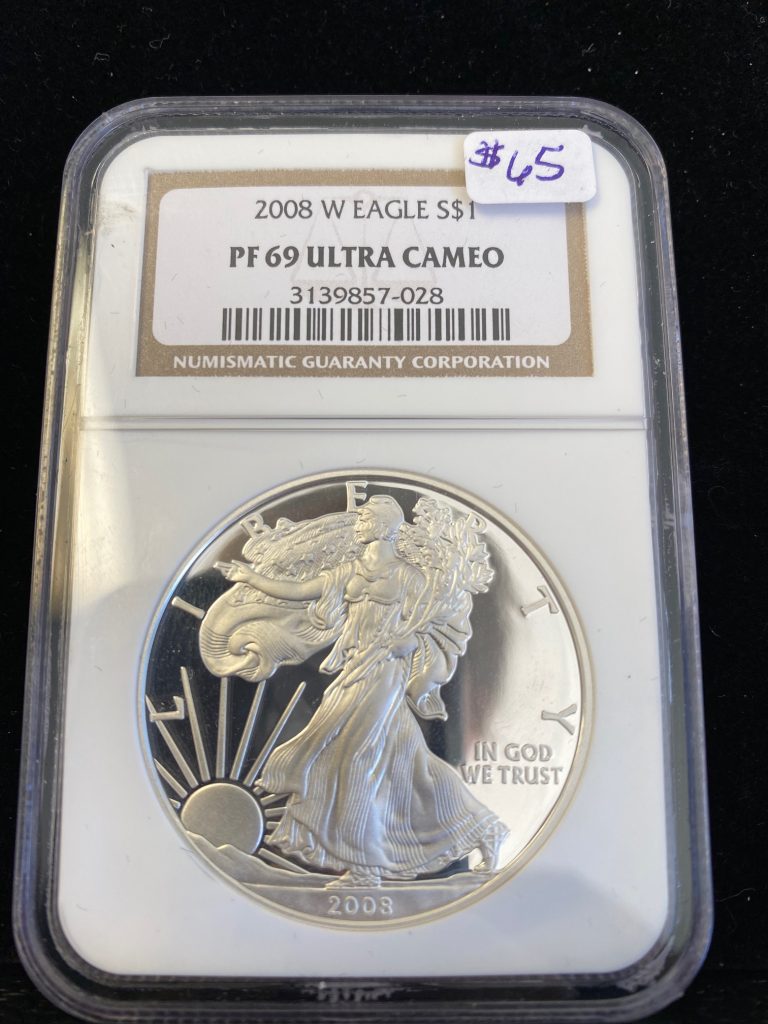 If you visit MinDak on Parkview Avenue, you’ll probably notice the lunchbox on display that features the 80s metal band Kiss. That will give you a great reason to talk about music with Jack.

“I was always musical from early childhood. I was in choir and band. And then, I discovered Kiss. That’s when I decided I didn’t want to be a pro golfer; I wanted to be a rock star. I got into a band in college, and my mother was so pleased when I dropped out to take my band on the road and tour the country,” he said with a wink.

“I spent ten years as a full-time musician. Eventually, Kurt Cobain killed metal and rock as we knew it, and we couldn’t get enough gigs to make ends meet anymore.”

FROM HEAVY METAL TO PRECIOUS METAL 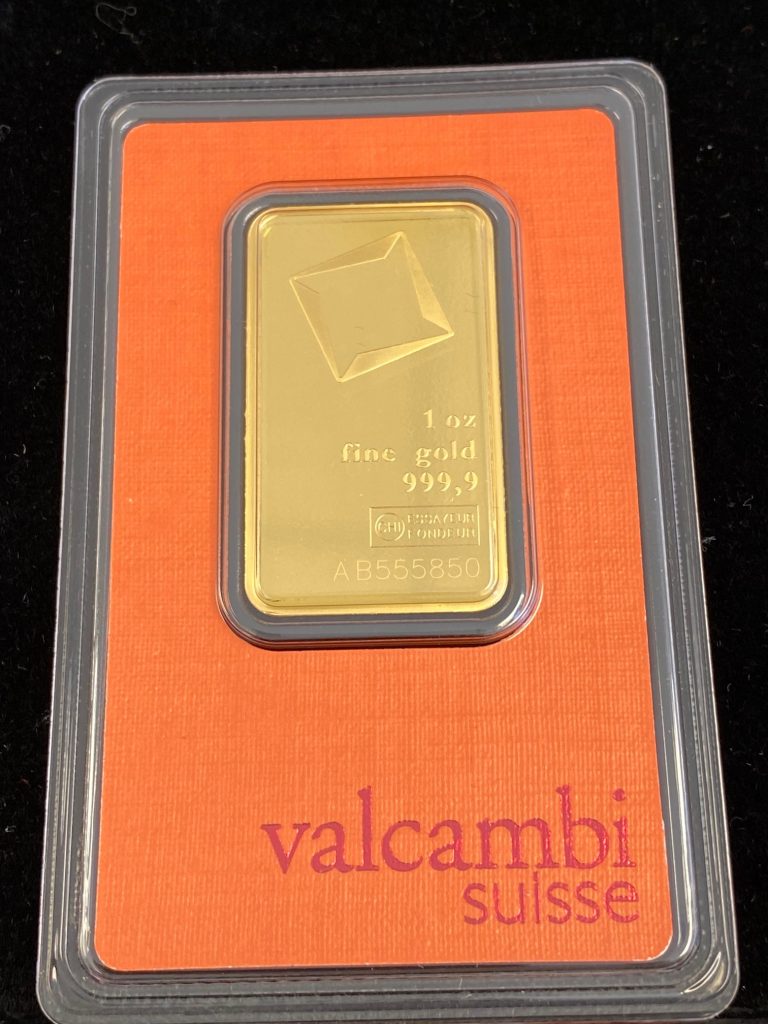 As passionate as Jack was about music, he’s equally passionate about investing in precious metals.

“I want people to know that Bunny and I believe in this,” said Jack. “This isn’t something we’re doing just to sell a product. If I wanted to do that, I’d sell something like coffee with a 90 percent margin. We do this because we believe in it.

“We believe people should protect themselves and their wealth with gold and silver. It’s not just a sales pitch for us. We also put a big chunk of our own finances into precious metals. And we’re serious about operating ethically and offering world-class pricing.”

HOURS: Monday thru Friday, 9-4; Saturday by appointment only; closed Sundays