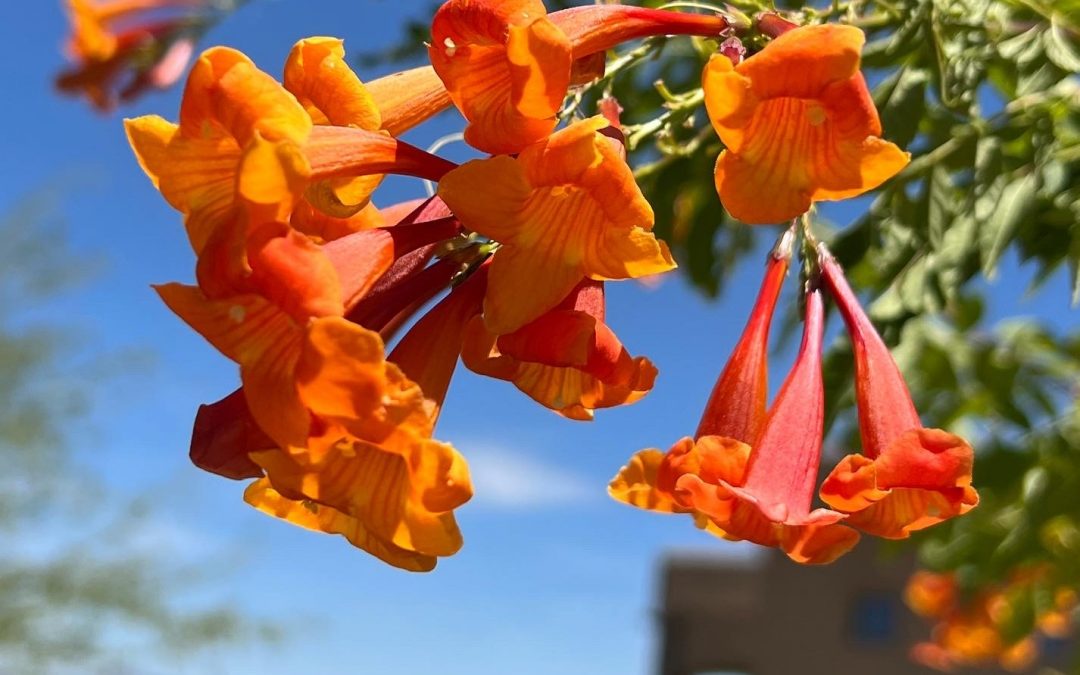 Monsoon Season is one of the most interesting times of year for an Arizonan. Hot days are interrupted with brilliant thunderstorms that can either bring impressive rains or intense winds. Our plants are even more excited for these summer rains than we are.

Native plants are accustomed to these weather patterns and are often drought-deciduous. This means they intentionally lose their leaves during dry spells and regrow with gusteau after heavy rains. Non-native plants used in landscaping often have a more difficult time making it through the summer.

Without the instinct to be drought-deciduous, it’s up to the plant’s caretaker to help carry non-native vegetation through its first few summers in the ground.

Can You Plant During The Summer?

The best times to plant your landscaping for the year are in the fall and the spring, but sometimes people need to get their planting done during less opportune times. Whether it’s a good idea to plant something during the summer depends on the species.

If it’s a native plant like a palo verde or a barrel cactus, etc., you can probably expect the plant to survive. However, if you’re planting something that requires lots of water or isn’t accustomed to the erratic weather of the Arizona summers, the transition from a cozy nursery to a bright sunny yard may put the plant into shock and cause damage or death.

If you’re planting a non-native plant during the summer, your best course of action is to ease it into its new lifestyle. Give it a few deep soaks with a hose during the first month it’s in the ground. Consider putting a 50% shade cloth on top of its youngest foliage if possible.

Should You Fertilize During the Summer?

Most of the time, it’s best to hold off from using chemical fertilizers between June 15th and September 1st. Chemicals can hurt vulnerable roots on plants during the hottest parts of the summer. There are some options for giving plants a boost, though.

Fully organic liquid fertilizers, such as those from FoxFarm, are usually still okay to use, no matter what time of year. Be sure to use liquid and not solid, as liquid fertilizer gets into the plant’s system faster and prevents any potential root burn.

You can also give plants minerals any time of year. Powders like Azomite and liquids like Superthrive are full of vitamins that plants will use to fortify their immune systems during difficult times.

How Much Should You Water Plants During the Summer?

Every plant has its own wants and needs, but generally, the answer to this question is “more than during the winter.”

If you notice that your plants look droopy every day at about 4:00PM, that’s because the late afternoons are the hottest times of the day. It’s okay if a plant droops a couple times, but if it becomes a regular occurrence, leaves can begin to die pretty quickly. At this point, it may be worthwhile to change your watering schedule to include a little boost at 4:00PM.

If there’s just been a huge rainstorm, feel free to turn your irrigation off completely for a day or two. Even during the summer, overwatering can still happen. If lower leaves on a plant begin to turn yellow, sag, and fall off, it’s probably being overwatered.

Again, there are a lot of nuances depending on the species of plant. For more specific care stats, consult your local nursery. These are just some general pointers that are much more likely to help than to hurt.