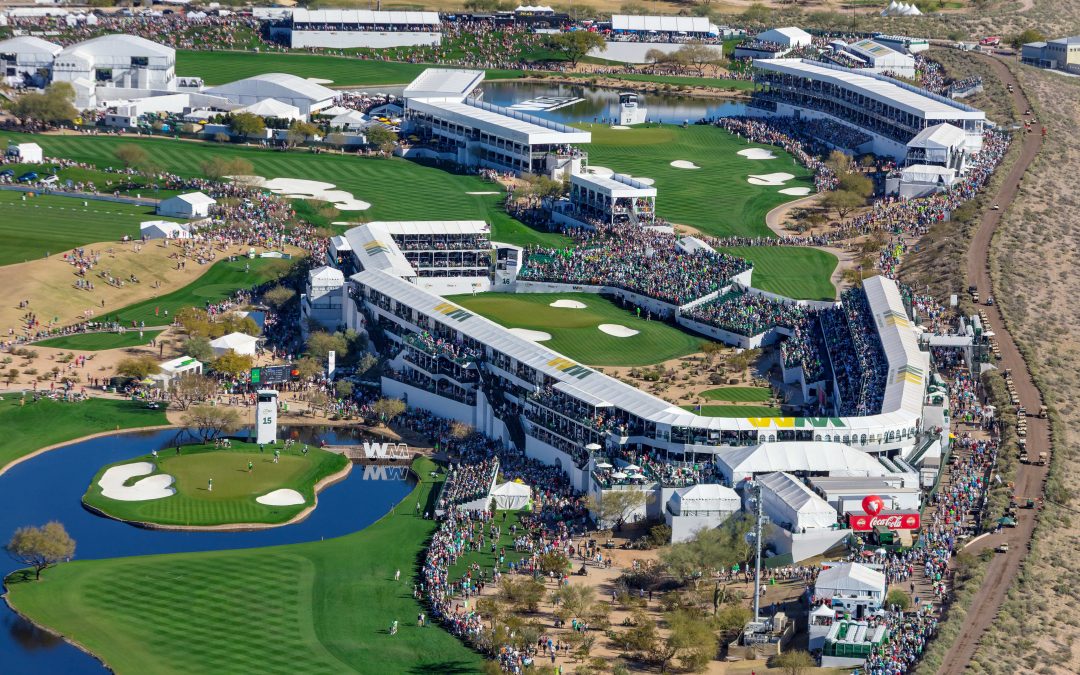 The golf world is about to unite in Scottsdale! If you’re in the loop on anything golf, you’ll know that the Waste Management Phoenix Open is a huge deal.

The best golf players in the world come to TPC Scottsdale for a tournament that is broadcast nationwide. Some of the big names in attendance will include Jason Dufner, Viktor Hovland, Xander Schauffele, Billy Horschel, Gary Woodland, Tony Finau, and many more.

Other celebrities are expected to be there too, and even play some golf. Arizona Cardinals all-time leading receiver Larry Fitzgerald, Golf Channel
correspondent Alexandra O’Laughlin, the NFL’s all-time leading rusher Emmitt Smith and actor/comedian Rob Riggle are among the early list of celebrities who will be playing in the Annexus Pro-Am at the WM Phoenix Open on Wednesday, Feb. 9, at TPC Scottsdale’s Stadium Course.

In addition to golf, there will be live music and lots of fun activities in the Coors Light Entertainment Tent. The tournament begins on February 7th, but the biggest events will be happening from the 10th through the 13th. You can see the full event calendar here.

This year marks the 90th Anniversary of the creation of the Phoenix Open Tournament, so surely the Thunderbirds have big plans in store. You can buy your tickets for the Open by clicking here. First Responders, Military Members, and Veterans get in for free!